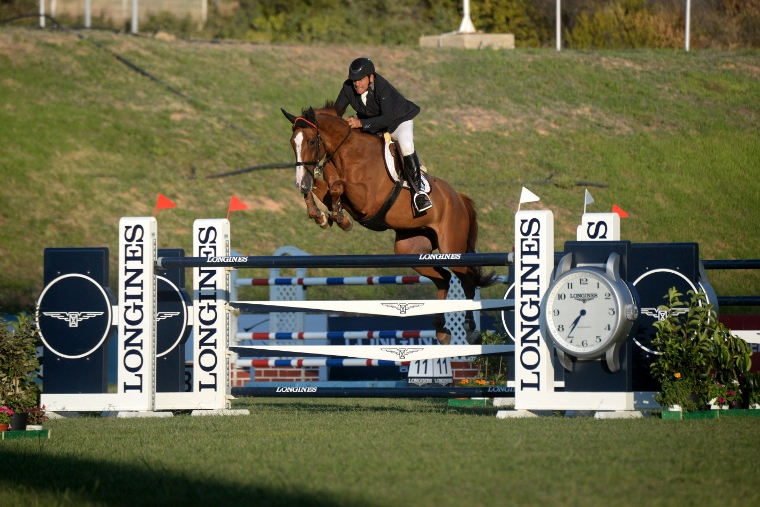 Four athletes from the Hellenic Riding Club participated in the Athens Equestrian Festival together with fellow athletes from 13 other countries.

Thriving already from day one, the coach of the Hellenic Riding Club, Greg Voglis came 4th in CSIO5 Eurobank (1,50m) with Quelly Briquedalle. Demy Iglesi with Fulanda, who is trained at HRC, won the gold in category 1,15m CSI2*. At 5th place we have Anna Levy with GIJS, who also is trained at our club.

The outstanding performances by Greg Voglis with Quelly Briquedalle, Alexandros Fourlis with Grandeur and Aggelos Touloupis with Idealisca took the Greek Team to the 5th place at the Longines FEI Jumping Nations Cup of Greece.